Daily Dose of Mom - Miscarriage - Joy Comes in the Morning

Here we are in 2018 and we can be whatever gender we want, dress how we want, do what we want, and say what we want (thus saithe the world) but there is still one thing that we cannot talk openly about Miscarriages. It's considered shameful somehow it's the woman's fault and we just do not speak about it.

I just want to give a voice and some kind of hope to women out there who have or are going through this and feel like they are alone. You're not alone and I urge you to find someone to talk to about it. You'll be surprised how many of us have gone through the same thing and feel the same way.

Just 5 years ago I found out I was pregnant with baby number 3. I was so embarrassed because we were a far cry from where we wanted to be (my husband and myself). My husband was trying to get his own subcontracting business started and now that we had another baby on the way he couldn’t be as free to be in and out of work and would have to get a second job. I didn't think I'd be able to homeschool successfully with 3 kids, working overnight, and just well life. I took time away from college. I had just started going back when I found out I was pregnant again. I thought "Well that's over and done with".  So on and on I went just being depressed about it. I told some of my girlfriends who had 3 kids already and they were just so happy for me. My sister announced that she was having her first baby and I just started to get super excited.

I scheduled my appointment with my OBGYN, went to work and told my boss I had to be on light duty from then on and was placed in stocking the baby department. I was just over the moon looking at little girl bibs and sippy cups. I called my doctor and informed her that I had taking up jogging a year ago and wanted to keep it up and asked if that would be safe for the baby. She told me that light jogging was encouraged if I had already started the routine before pregnancy, go for it. Well, that morning I went running with a friend and went about my normal routine but started feeling a little funky. Morning sickness right? But then I started spotting, just very light little pink spots "Nothing to be worried about, we'll see you next week as planned," said my doctor. 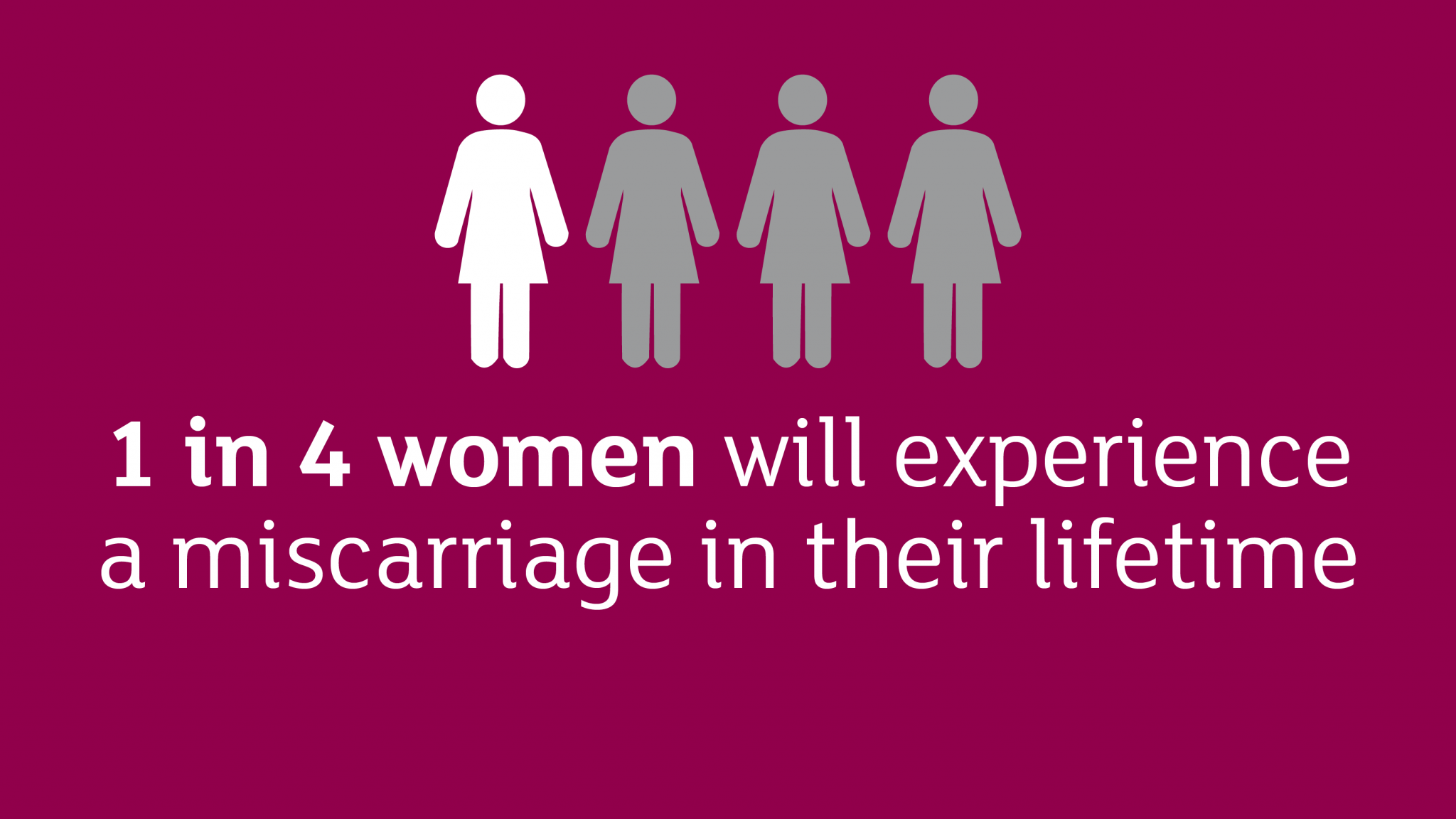 The next day I felt even worse, horrible cramping, and nausea, I had never felt this way before. I called my doctor and she told me that every pregnancy was normal and as long as I didn't have heavy bleeding there was nothing to be concerned about. I asked her when I should be concerned. She said that I would have labor pains and start passing huge blood clots, that's when it would be a problem, but not to worry about it. Sickness and light spotting is normal when the baby is settling in and getting attached fully to my uterine wall. I honestly don't know what time it was but I was well into my overnight shift when I just dropped to my knees. I was by myself in the department store stocking socks when this horrible pain came across me and I felt this urge to push. I ran to the bathroom and passed what I thought to be a blood clot the size of a small orange. I didn't look, I just flushed, tied my hoodie around my waist and tearfully ask the receptionist to let me out of the building for a family emergency.

It was pouring rain. I slowly walked to my car soaking wet, got in and screamed. That's all I had, I just screamed and cried and then started the car and went home. I walked in the door and the kids were sleeping my husband walked into the bathroom and just looked at me. He said, "Is there something you want to tell me?" All I could do was cry, he just held me. After I was all cried out I explained everything to him. He encouraged me to call the doctor and get an ultrasound. "Maybe it's not as bad as you think".  But I knew, I don't know how but I just knew that I lost her. I told my husband to go to work because there was nothing he could do to help me and there was no sense in leaving his clients hanging.

The bleeding was slowing down and I thought…just maybe. My mother took me to the ultrasound and a woman came in and scanned my belly, nothing. She did a vaginal check, nothing. She said nothing, covered me up and sent for a doctor. The doctor came in and smiled took a look, some pictures, and then he told me I could dress and wait for the results in a private room. I was sitting in this room with one lonely love seat, a coffee table, and some baby magazines, waiting for my results. The doctor came in smiled and showed me the pictures. "All I can see is a bunch of gunk. If there was a baby there I am sure you passed it overnight when you went to the bathroom and what is left is some waste in your uterus. I advise you to visit your OBGYN, get some blood tests, and make sure your hormone levels get back to normal because you don't want any leftover baby waste left inside you to cause infection" and that was it.  I got in the car, it was still raining. My mother said, "Did the doctor say everything was okay?"  I told her, no. 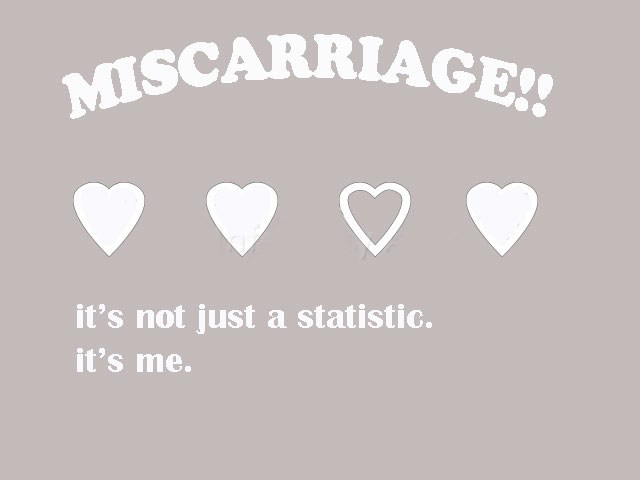 I went to the OBGYN, “So I hear you had a little miscarriage" she said entering the room as if to say "Oh you spilled some milk on the way from the store, it happens". She checked me out and honestly I don’t remember everything that happened after that. She gave me a date to come back to get some blood drawn and make sure that I was empty of all pregnant hormones. I remember saying "I shouldn't have gone for that run".  My doctor looked at me and said "It's not your fault. You'll have more babies. These things just happen".

I tried to live normally, as per the norm in a large church, lots of women were getting pregnant. I was helping my sister pick things out for her new baby to come, while still mourning the loss of mine. I remember walking into work every night putting away baby items and just trying not to cry. One night I was falling asleep on an armchair during my lunch break, I could hear one of the girls talking to a lady in H.R. telling her that she was pregnant and would be leaving work soon. She expressed how bummed out she was that a baby was just not on the agenda. I heard one of the ladies whisper "I think this is great news but let’s talk about this later because Mica just lost hers” thinking I was asleep. I just laid there with my eyes closed, trying to go back to sleep, thinking "What's wrong with me?”

A few weeks went by and I was packing my kids up to go to Six Flags, I was determined not to waste the summer moping around. This was just something I had to get over. My mother called asking what my plans were for the day and when I told her she said "Are you sure you should be going out so soon? After what just happened?” I told her I wasn't going to hide in the house all summer and that I was going to get out and live life. My husband confided in my uncle who informed him that my cousin had gone through something similar and just to keep an eye on me to make sure I was okay. It was just horrible how this whole thing made me feel broken like I was bad like I could have prevented this. 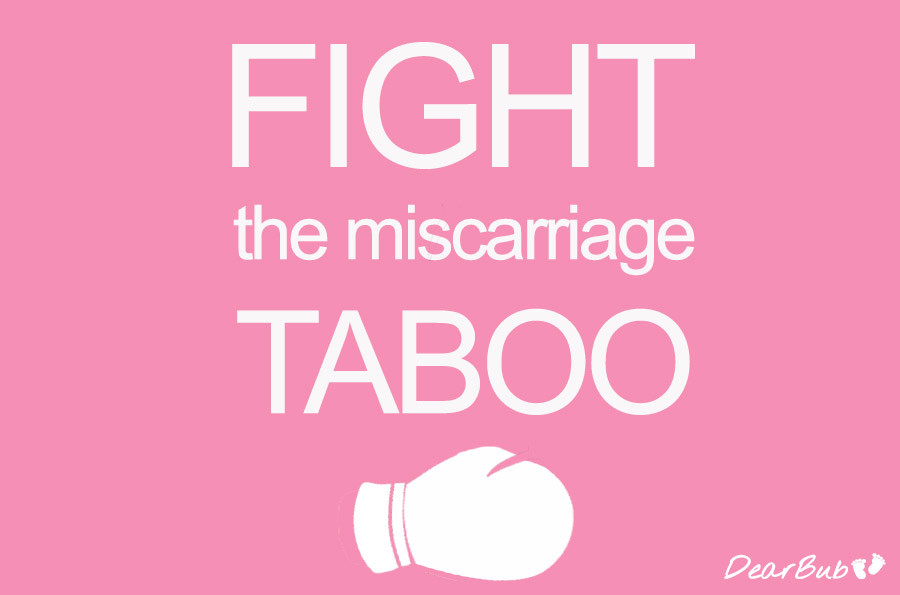 Well, 3 months later I found out I was pregnant again. I didn’t tell anyone until I started to show. I didn't want anyone to look at me funny and baby me. I was just going to be extra careful. A neighbor of mine, God bless her asked: "Are you pregnant again?” I told her yes. She said "You carry well, you're so small and pretty. My husband and I thought you were pregnant long before this. I told her that I had miscarried, I felt she was someone I could confide in. I was so afraid that I would lose this one too that I didn't tell anyone. I just stood on that playground and cried while our kids played and she told me, "Don't let the devil scare you. I've had miscarriages too” she said. “Let me tell you it was not your fault. That baby was just not meant for here on earth but this one is going to be just fine”, she continued, “I know it.” Every time you feel that fear creeping up you need to speak to it and say “No I will not accept it, I am healthy, this baby is healthy and everything is going to be okay" was her advice.

After that, I was able to talk to a friend about it when she experienced a miscarriage. Many of us sat around another friend said that she had one in between each pregnancy. She has 5 kids to date. I just feel like, this is something that we should be able to talk about and not feel broken or ashamed. It's okay to feel sad and it's okay to try again if that's what you want to do. Be encouraged. You will be happy again. You're not broken. We're women and we're strong.