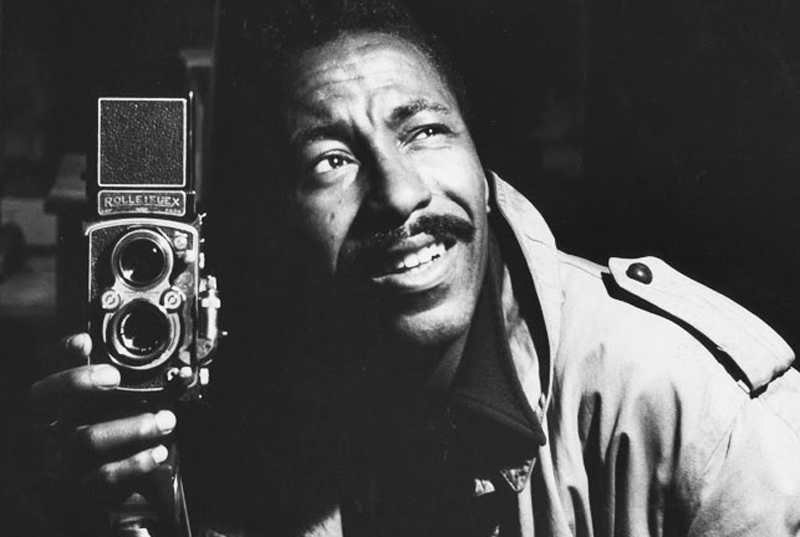 For the first time in History:

With a selection from the Dean Collection, the largest privately-owned collection in the world of the most important African American photographer of the 20th Century: Gordon Parks is at the prestigious Copper Gallery Harvard University until July 19th, 2019, click here for a sneak pick on The Gordon Parks Foundation, The Dean Collection and the Copper Gallery Harvard University capturing, collecting and protecting the African American culture.

Kasseem Dean, known in the music world as Swizz Beatz, was used to seeing Gordon Parks’ photographs in meetings with business partners and at the homes of friends who were not African American. It was far more unusual to see the artwork in front of the people Parks represented.

“Instead of overthinking it, I thought I could be a part of the change to start supporting our own,” said the rapper and record producer, who over several years acquired the largest private collection of Parks’ works. “We have a hard time supporting our own sometimes because it’s so close to us. We run from it when we should run to it.”

Dean brought 80 pieces to the Ethelbert Cooper Gallery at the Hutchins Center for African and African American Art, where “Gordon Parks: Selections from the Dean Collection” opened on April 26, 2019. The exhibition, which is free and open to the public, will be on view through July 19, 2019. 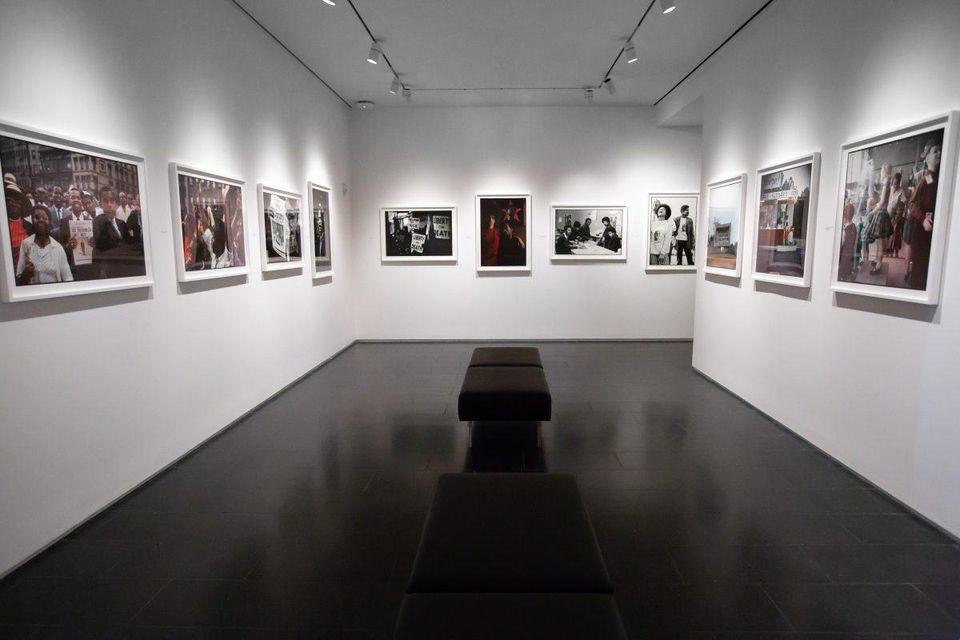 The Dean Collection showcases Parks’ work from his days taking portraits in early 1940s Chicago to his powerful images of the Civil Rights Movement and of poverty in the U.S. and Brazil. He shot for government agencies and Life magazine, taking intimate photos of regular people, such as families in the segregated South, and celebrities such as boxing great Muhammad Ali alike.

“Art is not meant to be in your personal space,” said Dean in a telephone interview when asked what prompted him to put the collection in an educational setting. “I feel like it’s our responsibility as collectors to put many eyes on the artwork we collect because it helps the artist. Even Gordon Parks — he was so ahead of his time that a lot of people from this generation don’t understand who he was. This is where the Dean Collection and the Gordon Parks Foundation coming together makes sense. They have a plan where they see his legacy go, and we’re only a part of it. I don’t think this collection will ever come home. I plan on it being always on the road.”

An opening reception for “Gordon Parks: Selections from the Dean Collection” was held on April 25, midway through the “Vision and Justice”* conference organized by the Radcliffe Institute for Advanced Study. Dean and his wife, 15-time Grammy Award–winner Alicia Keys, thanked the gallery audience, which included Hutchins Center director Henry Louis “Skip” Gates, history of art and architecture and of African and African American studies Professor Sarah Lewis, and the exhibition’s consulting curator, Maurice Berger. Keys called her husband “the most brilliant person I’ve ever met.”

“I never stop being awed by him and the vision that he has,” she said. “It’s so purposeful, I could just cry.”

Dean began collecting photography when he was a teenager — his first big purchase was an Ansel Adams. The 40-year-old Bronx native started 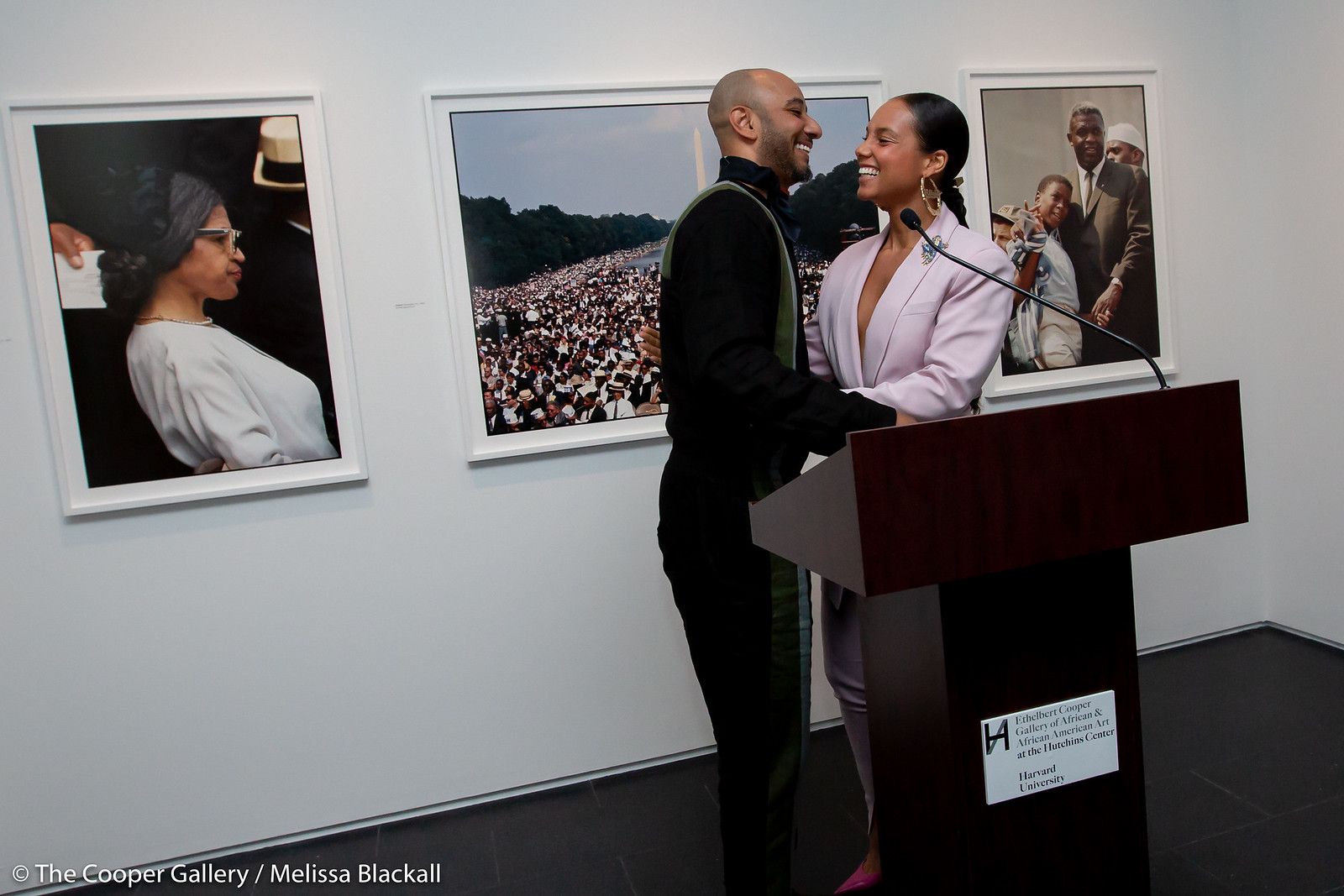 “The most important thing is us owning us,” he said at the reception. “Us having the conversation, leading the conversation about us. Us doing homework and research to learn more about us and us having more patience with us. And I mean everybody when I say us because we all contribute to the big conversation.”

Earlier this year, the hip-hop producer launched The Dean Collection 20 St(art)ups, to help emerging artists stage their own shows on their own terms. Dean provided seed funding for a show at a location of their choice; they kept all of the profits.

His advice to young people who may not see themselves represented in a gallery or museum, or among the collecting community?

“Think of creative ways to get in front of people,” he said. “Set up in some places that it might not be normal to see your work, instead of saying, ‘Oh, this gallery is not looking at me, I must be nobody.’ Most people want to go off of the hype more than the reality, and the reality is to get it in front of the most people who appreciate [your art], and sometimes that’s not going to be in a gallery.” 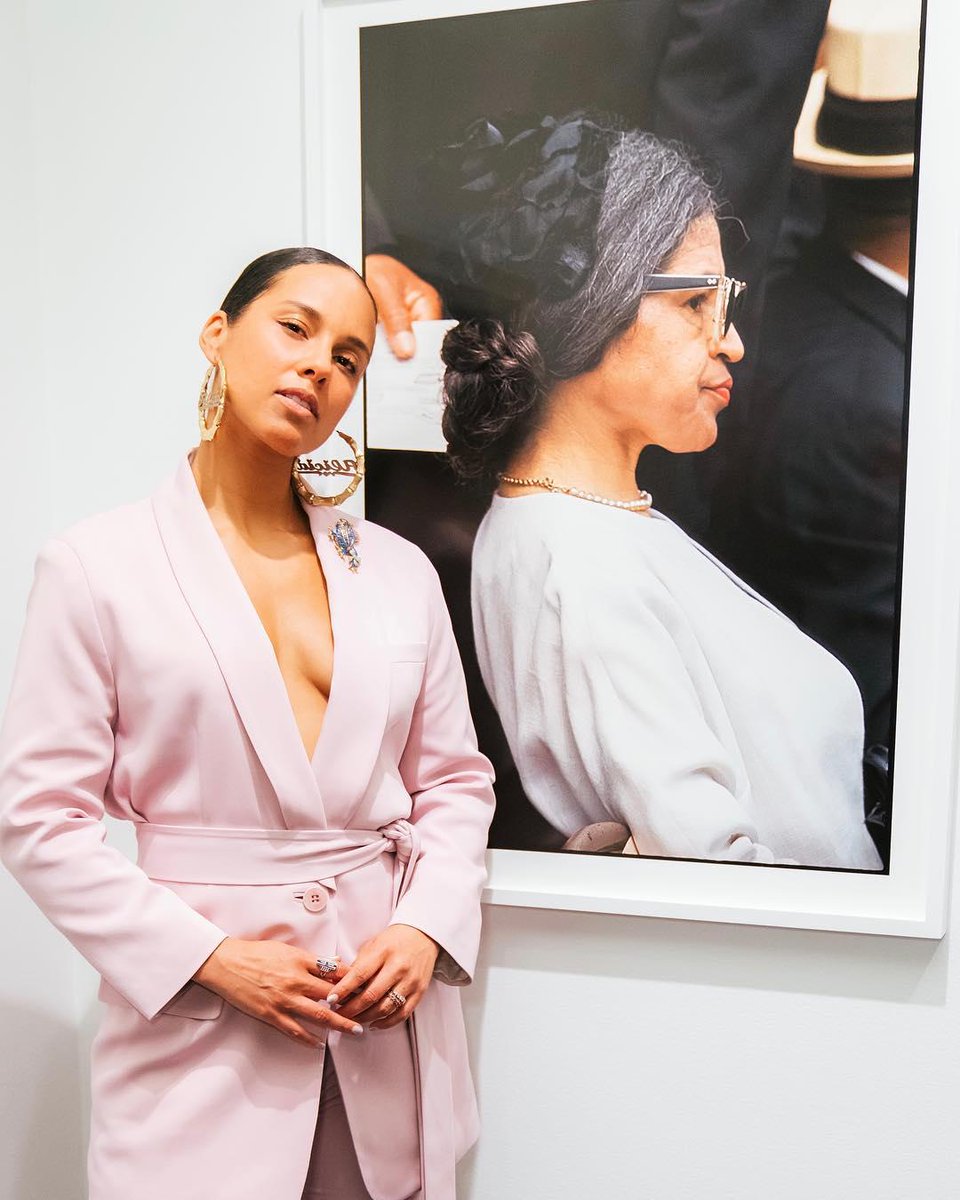 The Dean Collection provided 20 grants around the world — “and none of those artists showed in galleries,” Dean said. “Not taking anything away from galleries, but sometimes if you get stuck, you have to go that next level yourself.”

Dean, who got a degree from the Owner/President Management program at Harvard Business School in 2017, said his favorite Parks piece is the 1966 image of Ali driving a Cadillac convertible in Miami.

“Just seeing Ali like that — not playing the superhero he was, just letting his shoulders relax when he’s in that Cadillac —  I can almost envision being on the side of the road,” he said. “It spoke to me.”

“Gordon parks is one of the most incredible artists that ever lived,” Keys added. “He captured the world through some of the most difficult times with such dignity and humanity. He believed that art was a way to combat discrimination and he did it in a way that provokes deep thought and changes minds. Still in awe that the little girl from Hell’s Kitchen and Harlem is a part of collecting and protecting this great legacy with the most brilliant man in the galaxy @therealswizzz and @thedeancollection. Big respect and love to the magnificent @peterkunhardt and @gordonparksfoundation.”

*“Vision & Justice” is a two-day creative convening (April 25–26, 2019) that will consider the role of the arts in understanding the nexus of art, race, and justice.

At the Ethelbert Cooper Gallery of African & African American Art at the Hutchins Center, Harvard University 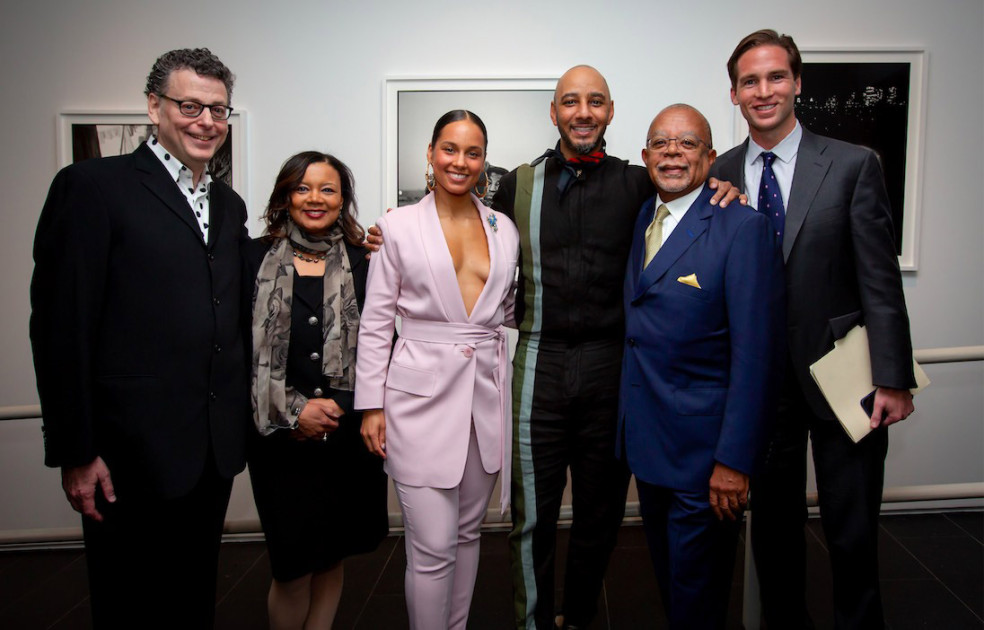