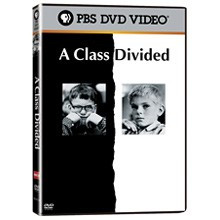 On the morning of April 5, 1968, a Friday, Steven Armstrong stepped into Jane Elliott’s third-grade classroom in Riceville, Iowa. “Hey, Mrs. Elliott,” Steven yelled as he slung his books on his desk.

“They shot that King yesterday. Why’d they shoot that King?” All 28 children found their desks, and Elliott said she had something special for them to do, to begin to understand the assassination of Martin Luther King Jr. the day before. “How do you think it would feel to be a Negro boy or girl?” she asked the children, who were white. “It would be hard to know, wouldn’t it, unless we actually experienced discrimination ourselves. Would you like to find out?”

A chorus of “Yeahs” went up, and so began one of the most astonishing exercises ever conducted in an American classroom.

As an individual, a parent, our background, we all may have our own opinion, concerns(s), or suggestion on this teacher’s method, which we can acknowledge? / recognize? the learning or the awareness that the following experience can bring.

My take from this experiment is Jane Elliott’s response to a man from the audience on a TV show: