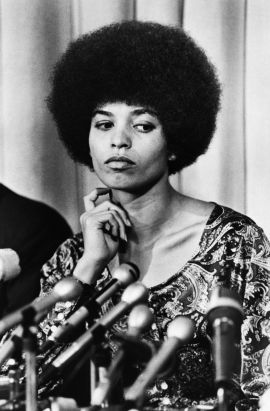 Angela Davis is an activist, scholar, and writer who advocates for the oppressed. She has authored several books, including Women, Culture & Politics.

Who Is Angela Davis?

Angela Davis, born on January 26, 1944, in Birmingham, Alabama, became a master scholar who studied at the Sorbonne. She joined the U.S. Communist Party and was jailed for charges related to a prison outbreak, though ultimately cleared. Known for books like Women, Race & Class, she has worked as a professor and activist who advocates gender equity, prison reform and alliances across color lines.

Writer, activist, and educator Angela Davis was born on January 26, 1944, in Birmingham, Alabama. She grew up in a middle-class neighborhood dubbed "Dynamite Hill," due to many of the African-American homes in the area that were bombed by the Ku Klux Klan. Davis is best known as a radical African-American educator and activist for civil rights and other social issues. She knew about racial prejudice from her experiences with discrimination growing up in Alabama. As a teenager, Davis organized interracial study groups, which were broken up by the police. She also knew some of the four African-American girls killed in the Birmingham church bombing of 1963.

Davis' father, Frank, owned a service station, while her mother, , taught elementary school and was an active member of the NAACP. Sallye would later pursue her master's degree at NYU and Davis would accompany her there as a teenager.

Davis later moved north and went to Brandeis University in Massachusetts where she studied philosophy with Herbert Marcuse. As a graduate student at the University of California, San Diego, in the late 1960s, she was associated with several groups including the Black Panthers. But she spent most of her time working with the Che-Lumumba Club, which was an all-black branch of the Communist Party.

Davis was awarded a scholarship to Brandeis University in Waltham, Massachusetts, where she was one of three black students in her class. She encountered the Frankfurt School philosopher Herbert Marcuse at a rally during the Cuban Missile Crisis and became his student. In a 2007 television interview, Davis said, "Herbert Marcuse taught me that it was possible to be an academic, an activist, a scholar, and a revolutionary."[14] She worked part-time to earn enough money to travel to France and Switzerland and attended the eighth World Festival of Youth and Students in Helsinki. She returned home in 1963 to a Federal Bureau of Investigation interview about her attendance at the Communist-sponsored festival.[15]

During her second year at Brandeis, Davis decided to major in French and continued her intensive study of philosopher and writer Jean-Paul Sartre. She was accepted by the Hamilton College Junior Year in France Program. Classes were initially at Biarritz and later at the Sorbonne. In Paris, she and other students lived with a French family. She was in Biarritz when she learned of the 1963 Birmingham church bombing, committed by members of the Ku Klux Klan, in which four black girls were killed. She grieved deeply as she was personally acquainted with the victims.[15]

In Germany, with a monthly stipend of $100, she lived first with a German family and later with a group of students in a loft in an old factory. After visiting East Berlin during the annual May Day celebration, she felt that the East German government was dealing better with the residual effects of fascism than were the West Germans. Many of her roommates were active in the radical Socialist German Student Union (SDS), and Davis participated in some SDS actions. Events in the United States, including the formation of the Black Panther Party and the transformation of Student Nonviolent Coordinating Committee(SNCC) to an all-black organization, drew her interest upon her return.[15]

Marcuse had moved to a position at the University of California, San Diego, and Davis followed him there after her two years in Frankfurt.[15] On her way back, she stopped in London to attend a conference on "The Dialectics of Liberation." The black contingent at the conference included the Trinidadian-American Stokely Carmichael and the British Michael X. Although moved by Carmichael's rhetoric, Davis was reportedly disappointed by her colleagues' black nationalist sentiments and their rejection of communism as a "white man's thing."[16]

She joined the Che-Lumumba Club, an all-black branch of the Communist Party USA named for international Communist sympathizers and leaders Che Guevara and Patrice Lumumba, of Cuba and the Congo, respectively.[17]

Davis earned a master's degree from the University of California, San Diego, in 1968.[18] She earned a doctorate in philosophy from Humboldt University in East Berlin.[19]

Outside of academia, Davis had become a strong supporter of three prison inmates of Soledad Prison known as the Soledad brothers (they were not related). These three men — John W. Cluchette, Fleeta Drumgo and George Lester Jackson — were accused of killing a prison guard after several African-American inmates had been killed in a fight by another guard. Some thought these prisoners were being used as scapegoats because of the political work within the prison. 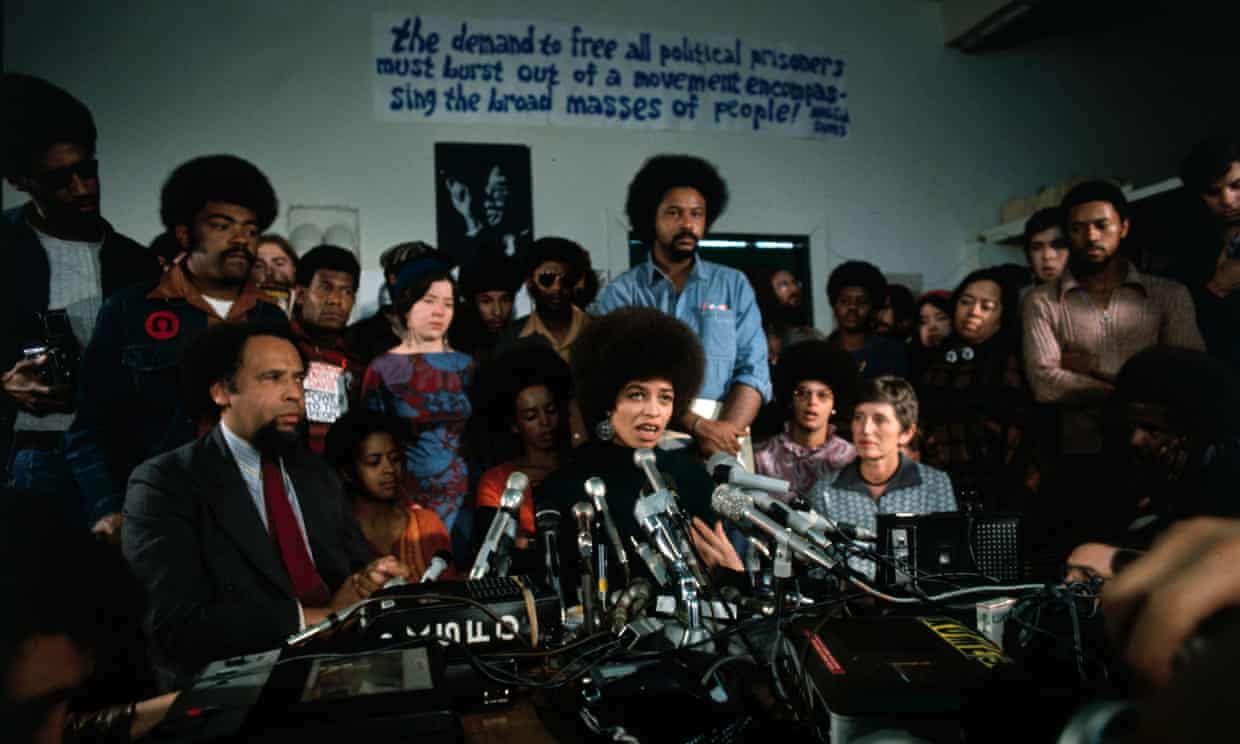 Davis gives her first news conference after being released on bail, 1972. Photograph: Bettmann/Corbis

During Jackson's trial in August 1970, an escape attempt was made and several people in the courtroom were killed. Davis was brought up on several charges, including murder, for her alleged part in the event. There were two main pieces of evidence used at trial: the guns used were registered to her, and she was reportedly in love with Jackson. After spending roughly 18 months in jail, Davis was acquitted in June 1972. 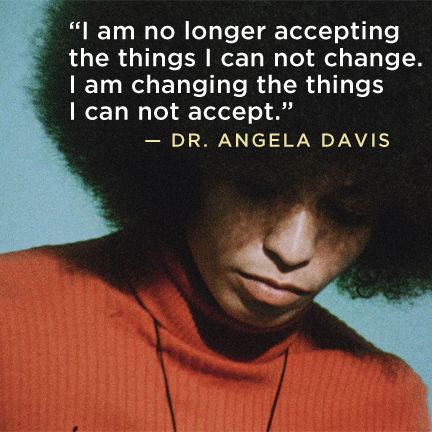 After spending time traveling and lecturing, Davis returned to teaching. She was a professor at the University of California, Santa Cruz, where she taught courses on the history of consciousness, retiring in 2008.

Davis has continued to lecture at many prestigious universities, discussing issues regarding race, the criminal justice system, and women's rights.

In 2017 Davis was a featured speaker and made honorary co-chair at the Women's March on Washington after Donald Trump's inauguration.

In addition to being a co-founder of Critical Resistance, an organization that aims to end the prison industrial complex, Davis is the author of several books, including Angela Davis: An Autobiography (1974), Women, Race, and Class (1980), Women, Culture and Politics(1989), Are Prisons Obsolete? (2003), Abolition Democracy (2005), and The Meaning of Freedom (2012).