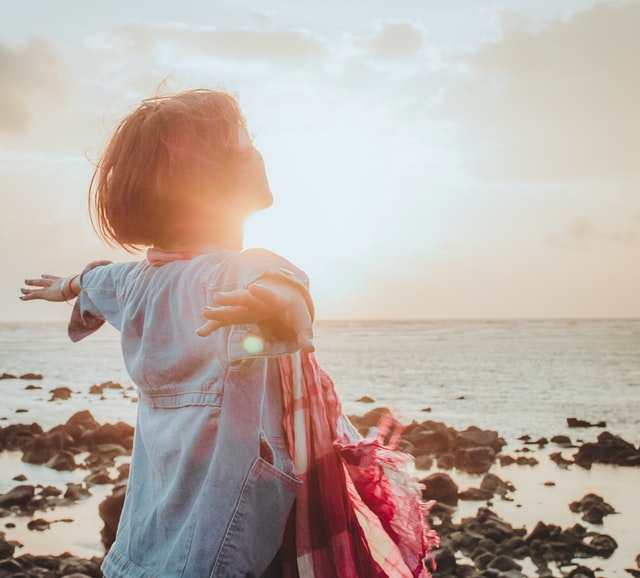 The other day I did something amazing, truly amazing. Something I have no memory of ever doing in my entire lifetime, at least beyond 9 years of age or so. And, I have actually done some things that would universally be considered amazing. But this isn’t one of those. This was what I think of as a secret victory, a silent triumph, a mundane and minuscule, regular occurrence “normal” eaters do all the time. So much so, it’s not even a thing for them. But here, and for me- it’s my surprise win.

As a recovered eating disorder sufferer, I’ve impressed myself many a time over the past several years reaching new terrain of health, “normalcy'' and even peace and enjoyment in food. I’ve stopped being the way I used to, be (which was extreme at one point). I’ve transitioned into a lifestyle where chips, cauliflower pizza, and ice cream are bought alongside organic mixed greens, coconut water, and broccoli. This is something that I’ve only experienced in the last 15 years. Shopping used to look something more like all “bad” food (and lots of it) which I’d buy with my head hung low, or a practiced conversation of it, not all being for me, just in case. OR, I’d be shopping for all “good” food, some refer to it as ‘rabbit food’. Of which I wanted to eat none of, but would prefer if people saw me buying. My grocery runs are incredibly integrated now. I shop and eat like a healthy, sane, balanced, (but not obsessive-no-fun “healthy”) adult. 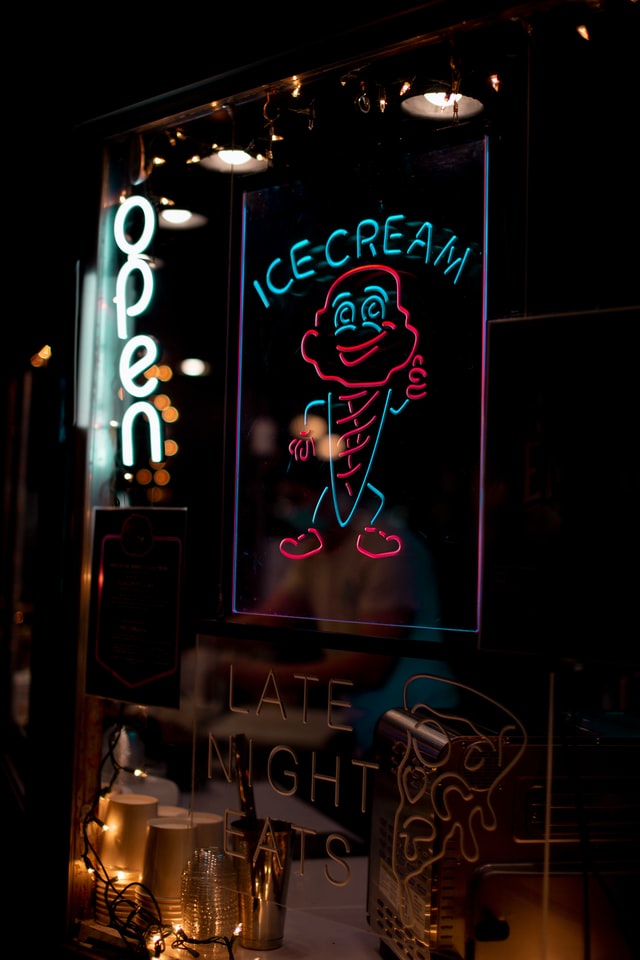 The way I really want it to be and wasn’t really sure I ever could be. But, turns out, I can just be… this is my new normal, and I like it.

However, there were still things… Like when it comes to pizza and ice cream most specifically. I don’t have them often, but when I do it’s a lot. And it seems to work and balance out because when I do have 2-3 servings more than the suggested serving, it’s less often than it once was. I’ve also come a long way in mastering my self-talk. The dialogue going on is mostly incredibly loving, kind, non-catastrophizing, and non-dramatic, (that’s a lot of how I have grown into the position I’m in now.)

However, you’d better believe that when it is that time that I’m eating my giant ice cream or extra slices of pizza- I’m having it all. One of the things I teach others to recognize and practice and I myself still practice requires paying attention to when the enjoyment and presence in the eating experience shift to diminishing returns. Meaning, that at some point the thing you’re eating or drinking may go from being amazing, great, right, satiating, fulfilling to less than that. It stops getting better. It plateaus and even can go in the other direction of decreasing pleasure, comfort, etc. For some people, mostly kids, like my 11 yr old daughter for instance- who is so connected to her body and has no story about what she eats or doesn’t eat, should, shouldn't and all that mess… she can easily recognize when the food or drink stops being what’s best for her. And, she and others simply stop. My daughter stops in her tracks and leaves 3 bites left in her bowl if she has reached the diminishing returns state where the food no longer serves. Even if there’s more left! Even if the plate isn’t clear, or it’s still warm, or ”there's only a little bit left”! Even if it’s pizza and ice cream! Some people have the know-how and have practiced stopping. For others, like myself, this is groundbreaking and needs to be relearned and reprogrammed.

Though I healed my bulimia and emotional and compulsive eating patterns, I ALWAYS FINISHED MY ICE CREAM AND PIZZA! I never really thought about it honestly, I just expected myself to. Somehow it was glommed onto my identity- sneaky bugger. I knew myself, or part of what I thought of myself as, as someone who wouldn’t leave my ice cream or pizza, and I never really checked back in with myself to see if I still wanted to be that person. 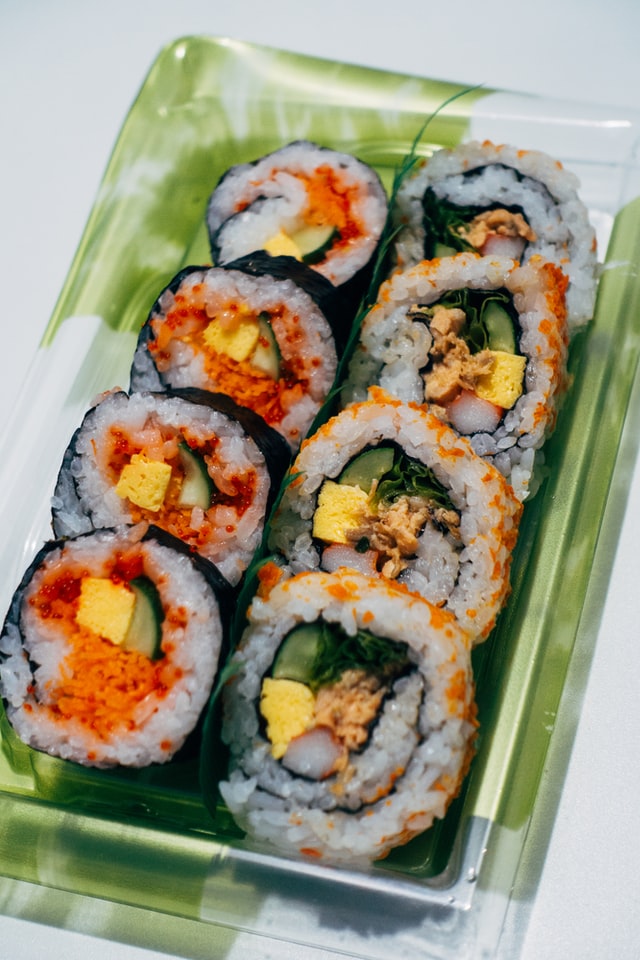 The other day, we were at a Chinese Buffet. A freaking buffet, (an ex-out-of-control eater) at an all-you-can-eat buffet! I had 2 average size plates of mostly veggies and sushi that I absolutely celebrated in my mouth and body as I took them in. Then came the time that I normally cram all the ice cream from their self-serve, all-you-want, multiple types of ice cream dessert bar. Now, mind you, all of this is quite the accomplishment for someone who traumatized herself for about 2 decades by restricting food, yo-yo dieting, binging and purging, and all that mess. This buffet situation 15 years prior could have been an all-out food bath. However, as I’ve grown the invisible musculature, I can pretty much count on myself handling these situations now with ease, appreciation, balance, and leave feeling pretty damn comfortable in my pants. These buffet experiences had become so successful for me that the overstuffed bowl of ice cream at the end of each meal was acceptable. This was still such a victory, as my goal wasn’t to restrict anything I really wanted. I expected myself to eat the big portion as usual and was “allowed” it. Except for this time. This time went differently and unexpectedly.

I sat and swayed, rocking back and forth thoroughly enjoying my ice cream. I was in the moment, appreciating and reminding myself, “I get to have this”, “this is normal”, and “Thank you ice cream”. I may or may not have been humming or singing under my breath as often happens at these times of savoring. And then I’m not sure what happened. I got distracted, or in my head, started becoming full and I realized whatever movement or sounds I was inspired to make had ceased. The ice cream stopped tasting so sweet and I think my enjoyment had stopped a few bites back. I was surprised I even noticed this. Then I had a few more bites, almost trying to get it back. It reminded me of being in denial that a love relationship was over. Maybe if I just stick around and keep doing what I was doing (that wasn’t working) it will just come back or work again. But within 3 more bites, I knew it. It’s over. I’m at that place of diminishing returns. Now, THAT ABSOLUTELY DID NOT MEAN I WAS STOPPING. I remember thinking, “but it’s ice cream, do I have to stop?” Thankfully the answer was ‘No” I didn’t have to. But then I realized the joy was gone. And just like in those love relationships where I stayed too long (pretty much every single time), it was time to stop. It wasn't going to get any better and what I and the ice cream had was over. It was then, that I did the thing I have no recollection of ever doing before in my life. I put my spoon down and just pushed the bowl aside. 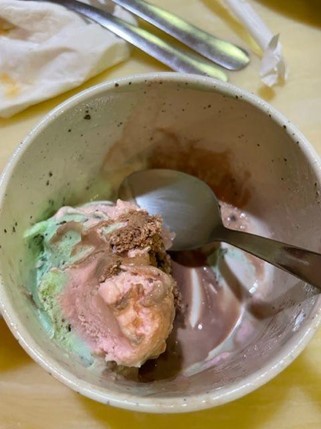 There’s another important part of this- the essence of this. I didn’t MAKE myself stop. I didn’t say I’d be “good” or anything of the sort. It was the most non-dramatic, normal eating thing I’ve ever done with food, especially food like that. I just used free will and chose the outcome that would bring the most joy to me. I realized the joy I had eating it moved elsewhere. Almost as if it floats around and my actual job is to be present enough and willing enough to just follow the joy. And I did- in the face of ice cream. It was then I learned it wasn’t the ice cream or the pizza I actually like or want, it’s joy and joy that moves around. When I left the ice cream experience because I’d actually had my fill (something I was not used to feeling or respecting) I put the spoon down and kept my joy.

It was such a strange and empowering moment for me. I announced what happened to all the people I was eating with, who politely smiled and were amused, but just couldn’t really get it how huge this simple and “normal” thing for so many was a revolutionary and monumental, and foreign until now, the achievement for me. I took a picture of my remaining ice cream and wrote this story.

Of course, what this story is really about in a more general and applicable-to-all sense, is becoming unrecognizable to yourself. To delightfully surprise yourself with who you are willing to grow into. One person's victory at one time is very different from that same person's victory at another time. At one point I would shove ice cream down my throat alone and at home hiding away, no humming or swaying involved, then berate myself and possibly make myself sick afterward either by vomiting or by just keeping all that I’d eaten in my system. Then I grew to having a moderate-big serving occasionally and with others in a non-guilty fashion. And now apparently, I stop eating even the things I’d once mistakenly placed on a pedestal once it’s time. We can all do this in our own way. Whether it’s addictive negative thoughts, gambling, too much alcohol, love addiction, drama addiction, or shopping… we can all drop the ‘thing’, which sometimes masquerades as joy, cutting out the middleman and just following the joy. Sometimes it’s in ice cream and sometimes it's in putting ice cream down, and now I know that. 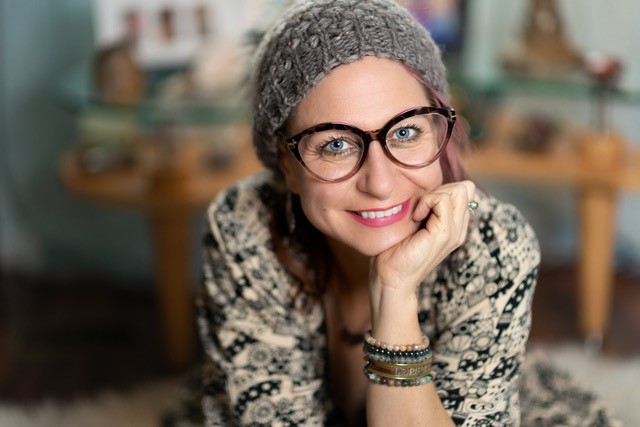 Vanessa Rae (Beggs) is on a mission to end eating dysfunction, body image issues, low self-esteem, unwanted excess weight, and body berating in women and girls. “Come home to yourself and ﬁnd comfort and conﬁdence in your own skin!” She wants every woman and girl to be comfortable, conﬁdent, and at home in themself. As a lifelong student of the metaphysical, spiritual, musical, and healing arts she has studied, been trained, and certiﬁed in multiple disciplines including Holistic/Energetic Bodywork, Integrative Coaching, Yoga, Counseling, Reiki, and received her degree in music from Mills College. Most recently, she trained directly with Marianne Williamson and became a Miracle-Minded Coach under her mentorship. Her business, Vanessa Rae of Light, is her commitment and devotion to shining her own light and in the business of liberating others to shine their light as they were meant to.

After healing her own eating disorder for nearly 20 years, and being fed up with a broken diet and weight-loss culture Vanessa developed her own. One that is truly holistic, innovative, a loving spiritual approach to weight loss, food freedom, and outrageous conﬁdence, and helps women and girls end the battle and liberate their light. Her ﬁrst book is due out in 2022 and her video series is currently available. Vanessa currently oﬀers digital courses, group classes, and 1:1 coaching. Though a CA Bay Area native, she currently resides in PA with her sweet daughter Violet and works on her sound healing music project Veruse in her spare time.