How to Make People Feel Invisible 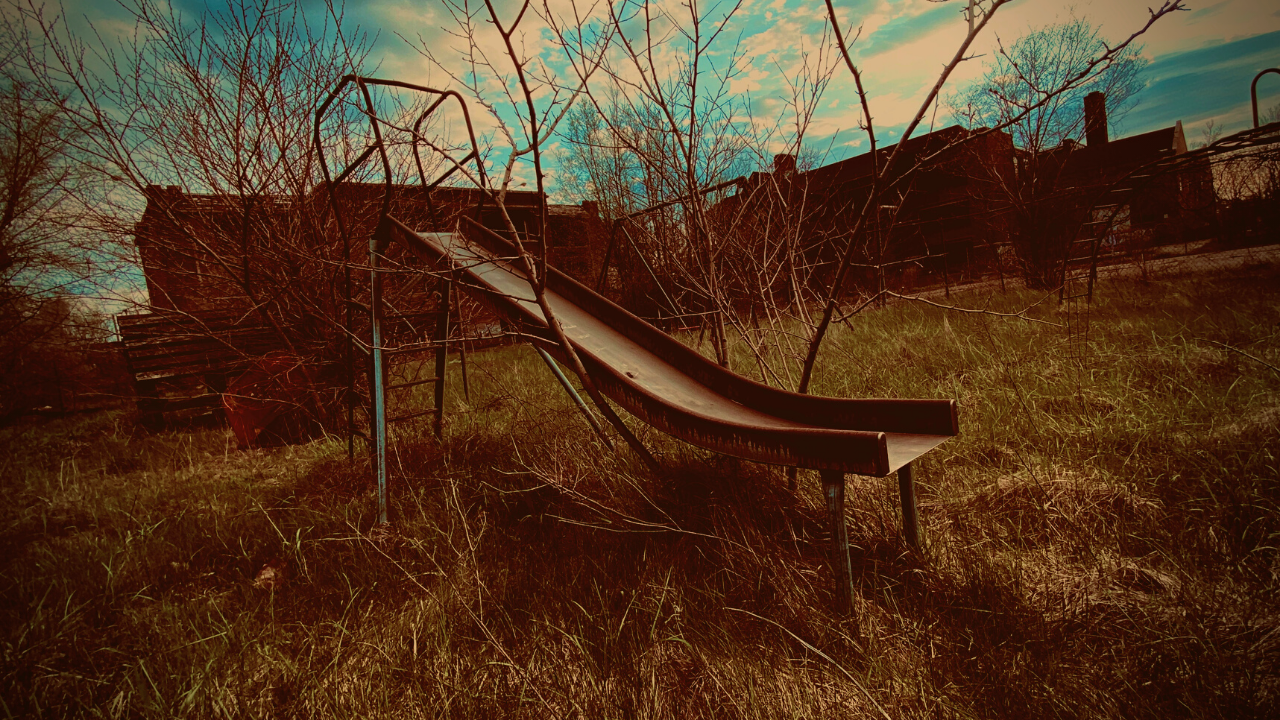 Make Me Laugh was a television show where contestants would try not to laugh while a comedian told jokes.

This was a challenge for the comedian because their career credibility is based on their capacity for making people laugh.

If I had been given the opportunity to be on the show as a young boy, I would have won the grand prize, because as a child I had the ability to make other people feel invisible.

It’s simple, really. All you have to do is ignore the people around you.

This is easy when others also treat you like an invisible person—because when no one pays you any attention, it’s easy to return the favor.

The true test, however, is when they try to get an emotional reaction out of you—like a comedian whose career relies on riling you up. To make others invisible under these conditions is a skill reserved for the masters.

I received my master's when I was just six years old. 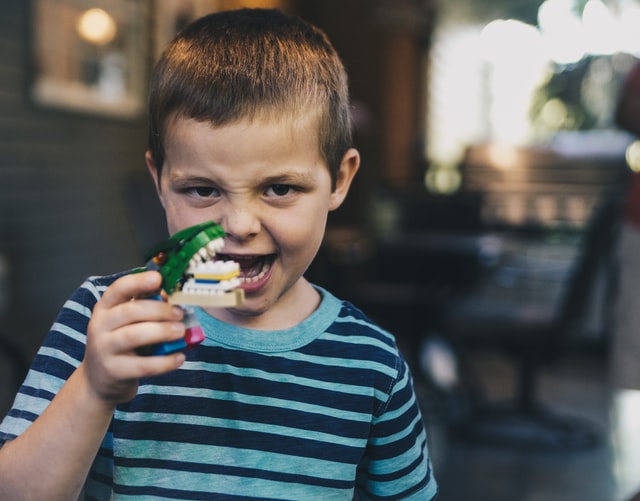 The year was 1989 and I was on the playground outside of Warren Elementary School. We were already a couple of months into the school year, so I wore my signature jean jacket to accompany New England’s autumn air.

My morning routine included a rendezvous with the slide before starting the school day, and it was while approaching the slide that my invisibility abilities were put to the test.

There were three boys standing near the slide—all slightly older than me, perhaps seven or eight years old. It was as if they were expecting me, patiently awaiting my arrival.

Without making eye contact, I put on the nonchalant disguise of indifference—as if I didn’t know I was being observed. This was a true challenge because like the comedian trying to make the contestant laugh on television, one of the boys began trying his best lines on me:

“You’re so fat you’re probably going to break the slide!” 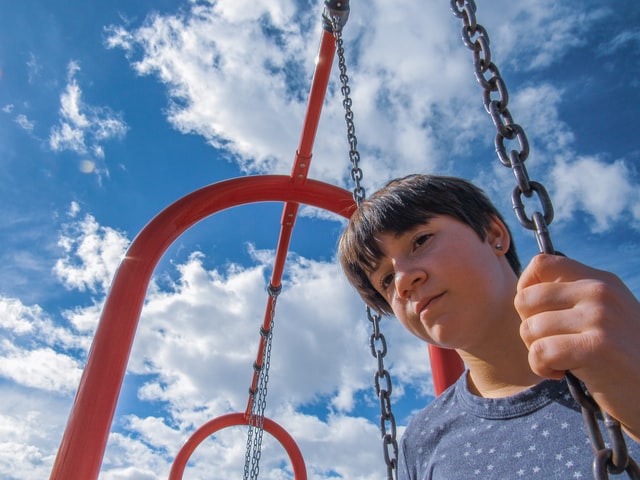 This boy clearly didn’t know who he was really speaking to. I was no amateur. I was a professional.

Without breaking my stride, I placed my right foot onto the first rung of the ladder to begin the ascent to the top of the slide. I was so in flow with the moment that even to this day, decades later, I can still see the dirty metal steps worn from years of use, yet still grooved for a sure grip, and etched with the manufacturer’s logo.

That’s when the amateur comedian tried another one of his lines on me:

“You’re so big you’re not even going to fit up there!”

Because to do so would have betrayed my awareness of his presence. So I just kept putting one foot in front of the other until I made it to the top.

The boy tried more hack lines, but by this time I couldn’t hear them—instead, they were drowned out by laughter coming from the other two boys as I made my way down the slide.

If this were a game show, they would not have won any money. They were still just amateurs.

And I was a master. 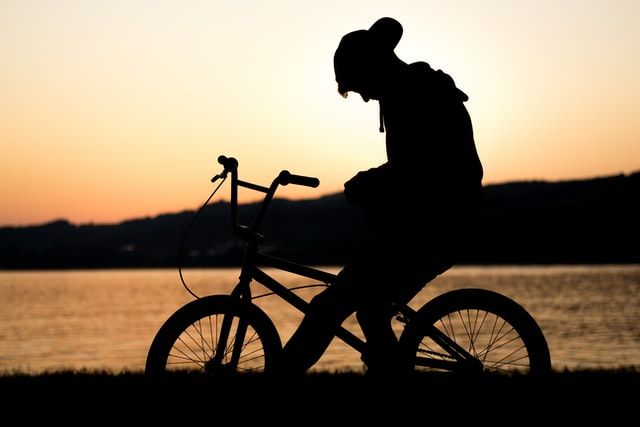 As a shy, voiceless child, I knew how it felt to be invisible. And that’s just how I wanted it. But I can only speculate how it must have felt for that boy to get no reaction from me—like a comedian seeing his career fly away like a helium balloon let go by a careless child, never to be seen again. To gain your self-worth from the reaction of others is like building a sandcastle on the shore. It’s just not sustainable.

Perhaps his words, not landing as intended, had the unintended consequence of echoing back to himself. Like a ghost’s futile efforts to make a connection, when you’re invisible, the only person you’re really talking to is yourself.

But it turned out that the boy’s words did have an audience—just not the audience he intended.

The day after this interaction, as I made my way back to the slide for the daily rendezvous, there stood a lone red-headed boy by the slide who, just 24-hours earlier, had stood by nervously laughing at his companion’s remarks.

This time, he spoke up.

I immediately felt the boy’s pain of regret for having not spoken up sooner. In such cases, later is better than never to leave the crowd and stand alone as an ally giving voice to the voiceless.

But of course, I could not let this brave boy know I felt his pain, or express appreciation for his delayed kindness, for to do so would mean acknowledging his existence.

Like the slide’s dirty metal steps worn from years of use yet still grooved for a sure grip, invisibility abilities were etched in me with the logo of a master.

Nothing was going to make me laugh or cry.

Or rather, no one would see it—because it’s invisible. 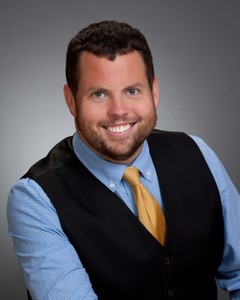 Who are you an ally to? What sacrifices have you had to make to honor that alliance? As a result, what did you lose and what did you gain?

This article was originally published by Jonas here

I help professionals demonstrate authority, provide value, and multiply their influence by turning their expertise into an online course.

For the past two decades I've worked as an educator and most recently studied Learning Design & Technology and Curriculum & Instruction at Purdue University.

The courses I will help you develop can be used to serve your team internally within your organization or they can be used to provide value to your clients.

If you're ready to step into your authority, provide value to others, and multiply your influence, then take the first step with a complimentary strategy session to explore the possibilities.

Email me directly at [email protected]

Or schedule a time that works best for you at www.HashtagPositivity.com/Connect

Hashtag Positivity can help you and the people you lead experience joy in your work, life, and community. Connect with Jonas today to discuss your challenges, goals, and obstacles.