Defenders of the Supreme Court’s decision overturning Roe v. Wade insist that Dobbs v. Jackson Women’s Health does not outlaw abortion but simply returns the decision about reproductive rights to the states.

“It is time to heed the Const 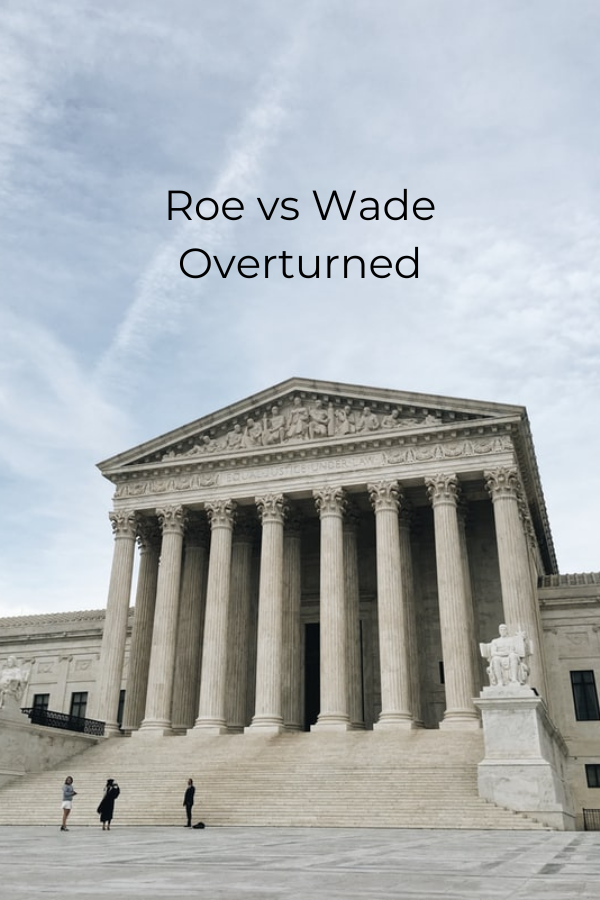 itution and return the issue of abortion to the people’s elected representatives,” Justice Samuel Alito wrote. He quoted the late Justice Antonin Scalia, who wrote: “The permissibility of abortion, and the limitations, upon it, are to be resolved like most important questions in our democracy: by citizens trying to persuade one another and then voting.” This, Alito wrote, “is what the Constitution and the rule of law demand.”

The idea that state voters are the centerpiece of American democracy has its roots in the 1820s when southern leaders convinced poorer Americans that the nation was drifting toward an aristocracy that ignored the needs of ordinary people. The election of 1824, when established politicians overrode the popular vote to put John Quincy Adams into the presidency, seemed to illustrate that drift. Supporters of Adams’s chief rival, Andrew Jackson, complained that a wealthy elite was taking over the country and, once in charge, would use the power of the federal government to cement their control over the country’s capital, crushing ordinary Americans.

The rough, uneducated Andrew Jackson, who promised to break the hold of northeastern elites on the government and return democracy to the people, began to articulate a new vision of American government. He insisted that democratic government should actually look like democracy: it should be formed by the votes of local people, not those from some far-off capital, and it should be made up of those same ordinary voters, not eastern elites like Adams, whose wealthy president father, John, had reared his son to follow in his footsteps.

Jackson’s new vision made ordinary Americans central to the democratic system. The democratic government put the power into the hands of individual voters. Local and state government was the most important stage of this system; the federal government always ran the risk of being taken over by an elite cabal that could override the will of the people. It must always be kept as small as possible. 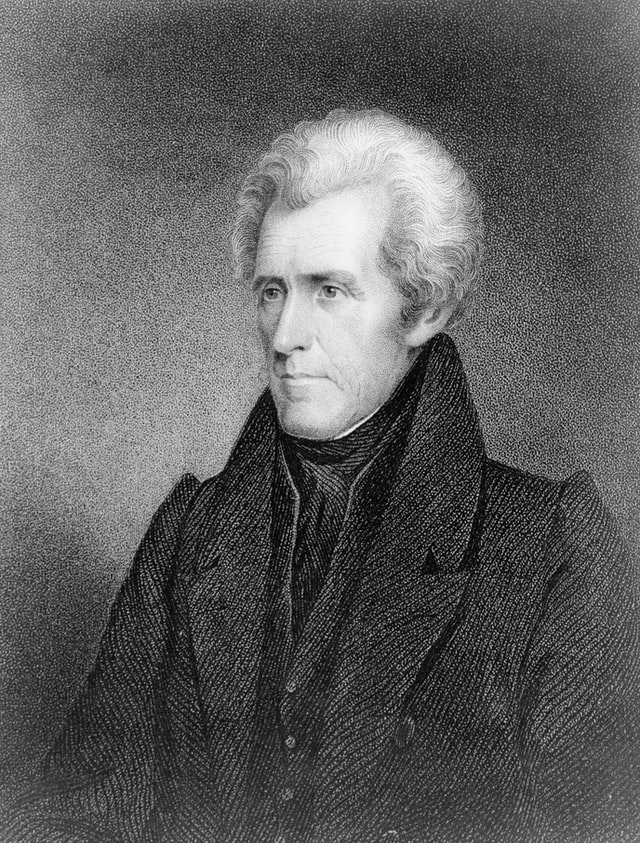 But there was a power play in this argument. By the time Jackson was elected president in 1828, white southerners already knew they were badly outnumbered in the nation as a whole. In that year, quite dramatically, a congressional fight over tariffs ended up with a strong bill that hurt the South in favor of northern manufacturing. Outraged, southern leaders with Vice President John C. Calhoun of South Carolina at their head claimed the right to “nullify” federal laws. (Jackson later said that one of the two regrets he had at the end of his term was that he “was unable to…hang John C. Calhoun.”)

Congress lowered the tariff and the southerners backed down, but the idea that states were superior to the federal government only gained strength among southern enslavers as they felt the heat of a growing movement to abolish slavery. When it became clear that the U.S. might well acquire territory in Latin America, Democrats sympathetic to the South pushed back against the national majority that wanted to stop the spread of slavery into those lands by insisting on the doctrine of “popular sovereignty”: permitting the people who lived in a territory to decide for themselves whether or not to permit enslavement in it (although Mexico had outlawed enslavement in 1829). The U.S. acquired the vast territory of the American West in 1848, and two years later, Congress turned to popular sovereignty to try to avoid a fight about enslavement there.

The issue turned volatile in 1854 when Illinois Senator Stephen A. Douglas pushed through Congress a law overturning the 1820 Missouri Compromise and organizing two super-states out of the remaining land of the 1803 Louisiana Purchase. Rather than being free as the Missouri Compromise had promised, those huge states of Kansas and Nebraska would have enslavement or not based on the votes of those who lived there. This, Douglas insisted in his debates with Illinois lawyer Abraham Lincoln in 1858, was the true meaning of democracy: 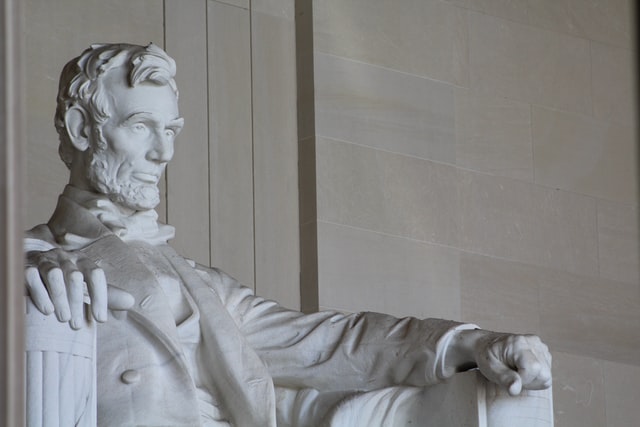 “I deny the right of Congress to force a slaveholding State upon an unwilling people,” he said, “I deny their right to force a free State upon an unwilling people…. The great principle is the right of every community to judge and decide for itself, whether a thing is right or wrong, whether it would be good or evil for them to adopt it…. It is no answer to this argument to say that slavery is evil, and hence should not be tolerated. You must allow the people to decide for themselves whether it is a good or an evil….” “Uniformity in local and domestic affairs,” he said, “would be destructive of State rights, of State sovereignty, of personal liberty and personal freedom.”

A strong majority in the U.S. opposed the extension of enslavement, but Douglas’s reasoning overrode that majority by carving the voting population into small groups the Democrats could dominate by whipping up voters with viciously racist speeches. Then, in the 1857 Dred Scott decision, a stacked Supreme Court blessed this plan by announcing that Congress had no power to legislate in the territories. In our system, this would mean that states taken over by pro-slavery zealots would eventually win enough power at the federal level to make enslavement national. 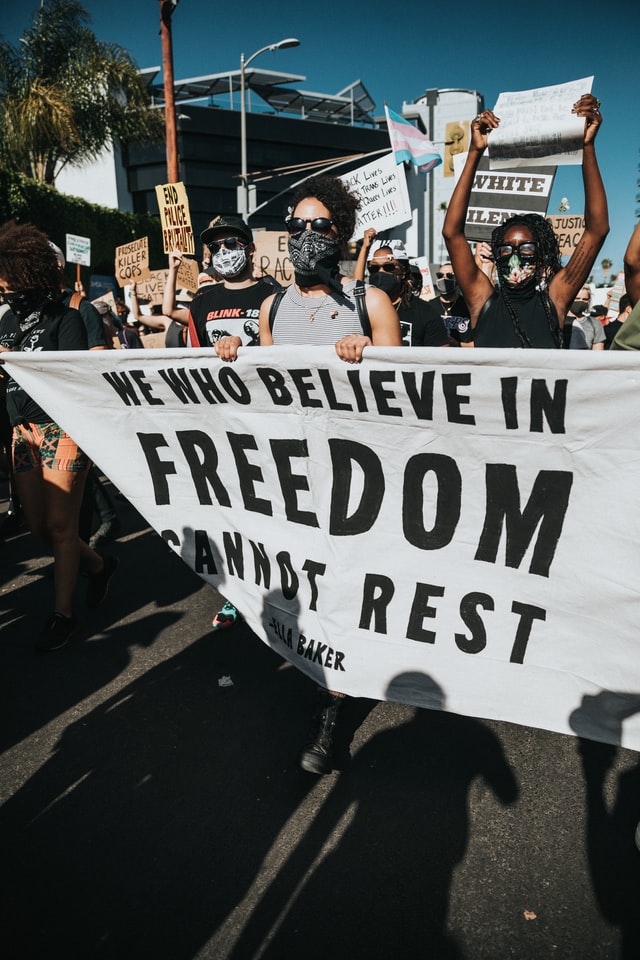 “A house divided against itself cannot stand,” Lincoln warned Americans. “I believe this government cannot endure, permanently half slave and half free. I do not expect the Union to be dissolved—I do not expect the house to fall—but I do expect it will cease to be divided. It will become all one thing or all the other. Either the opponents of slavery, will arrest the further spread of it, and place it where the public mind shall rest in the belief that it is in the course of ultimate extinction; or its advocates will push it forward, till it shall become alike lawful in all the States, old as well as new—North as well as South.”

After the Civil War had proved the power of the federal government to defend the will of the majority from the tyranny of the minority, Congress found itself once again forced to override the will of state governments. When state legislatures put in place the Black Codes, which created a second-class status in the South for Black Americans, Congress passed and the states ratified the Fourteenth Amendment to the Constitution, overriding the Dred Scott decision to make Black Americans citizens, and establishing that “[n]o state shall make or enforce any law which shall abridge the privileges or immunities of citizens of the United States; nor shall any state deprive any person of life, liberty, or property, without due process of law; nor deny to any person within its jurisdiction the equal protection of the laws.”

Almost 80 years later, it was this amendment—the Fourteenth—to which the Supreme Court turned to protect the rights of Black and Brown Americans, women, LGBTQ, and so on, from state laws that threatened their health and safety or treated them as second-class citizens. In using the power of the federal government to guarantee “the equal protection of the laws,” it made sure that a small pool of voters couldn’t strip rights from their neighbors. It is this effort today’s Supreme Court is gutting.

When today’s jurists talk of sending decisions about civil rights back to the states, they are echoing Stephen Douglas. “Citizens trying to persuade one another and then voting” is indeed precisely how democracy is supposed to work. But choosing your voters to make sure the results will be what you want is a different kettle of fish altogether.
—
Notes:

This article was originally published in "Letters from an American" 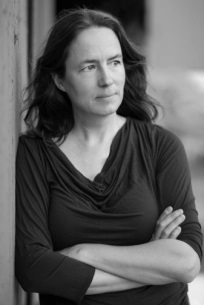 You can read Letters from an American by Heather Cox Richardson HERE.  Heather writes a daily blog.  And follow her on Twitter and Facebook.
Heather Cox Richardson is an American historian and professor of history at Boston College, where she teaches courses on the American Civil War, the Reconstruction Era, the American West, and the Plains Indians. She previously taught history at MIT and the University of Massachusetts Amherst.

Professor Richardson teaches nineteenth-century American history at both the undergraduate and the graduate level. Her early work focused on the transformation of political ideology from the Civil War to the presidency of Theodore Roosevelt. It examined issues of race, economics, westward expansion, and the construction of the concept of an American middle class. Her history of the Republican Party, To Make Men Free (2014) examines the fundamental tensions in American politics from the time of the Northwest Ordinance to the present. She is currently working on an intellectual history of American politics and a graphic treatment of the Reconstruction Era.

PUBLICATIONS:
To Make Men Free: A History of the Republican Party (2014)
Wounded Knee: Party Politics and the Road to an American Massacre (2010)
“Richardson’s Rules of Order,” at: http://histsociety.blogspot.com/search/label/Richardson%27s%20Rules%20of%20Order