The Sun Will Rise 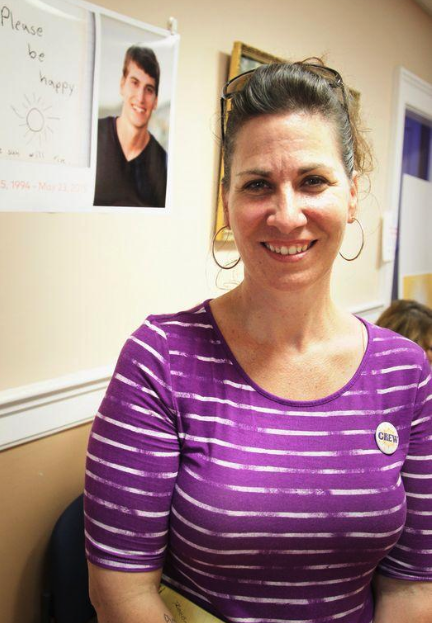 The Sun Will Rise Foundation exists because Robyn Houston-Bean lost her twenty-year-old son Nicholas Bean to an accidental overdose in May of 2015. Trying to find purpose and a reason to go on after a traumatic sudden loss, she knew that when she could function again, she would do something in his memory. Knowing the value of peer grief support groups, and the need for some in her area, she decided to start a Massachusetts grief support group called The Sun Will Rise, for those that have lost a loved one to overdose or substance use disorder. She had attended a group in Brighton and found it so helpful, but knew that one was needed closer, and set out to initiate one, so those on the South Shore and Braintree/ Weymouth/Quincy Massachusetts area would not be alone in their grief. In December 2015, the grief group held its first meeting at the Braintree Town Hall. There are now three groups that meet on the South Shore and another coming soon on the Cape.

The Foundation, a 501c3 non-profit charity, expanding from just overdose/ substance use grief support, was created shortly after that. Its further dedication of providing education, awareness, and prevention was a normal progression for those who loved Nick, not wanting other families to feel the utter devastation that they do. Speaking in front of parents, community members and teens at schools and other venues, Robyn has shared her family’s story to let people know that substance use disorder can happen to any family. She shares with parents, the risk factors that she feels she missed and urges teens to be part of the solution by helping their friends if they are worried about their use of alcohol or drugs. She tries to help erase the preconceived notions people have about those with substance use disorder and erase the stigma. The foundation also provides support to locals schools and provides scholarships to those leaving treatment and entering sober living.

The 4th annual BeanStock Music Festival will be held on 7/20/19 at 3:00 pm! This is a sober music festival for all ages! Tons of fantastic bands including The Amy Incident, The Spins, Lily Black, Houston Bernard Band, Carissa Johnson, and the Cure-Alls!! Join in the $1,000 Frisbee toss and get your friends together to play in the Kan Jam tournament! Lots of other fun stuff too like food trucks, raffles, bounce obstacle course, graffiti art, community resources and activities with the Braintree Community Art Center! Tickets only $5.00! 10 and under are free.

To play in the Kan Jam Tourney, please purchase ticket(s) and then email [email protected] and let her know who your teammate is for the two-person team. Singles will be paired randomly. $25.00 per person to play in the tourney, includes festival entry fee. The prize will be determined by the number of people playing. For tickets: https://www.eventbrite.com/e/beanstock-music-festival-tickets-61527751160

This is an alcohol and drug free event.

Photo of Robyn Houston-Bean Courtesy of the Patriot Ledger