Maya is one of my all-time favorite writers and poets.  Her poems and sayings have resonated through my life and have sometimes brought me to tears.  If you have not had the pleasure of listening to or reading her stories or poems please check out the ones listed here.  I was excited about sharing her story for Black History Month.  ~Cathie Briggette

Maya Angelou was a poet and award-winning author known for her acclaimed memoir I Know Why the Caged Bird Sings and her numerous poetry and essay collections. 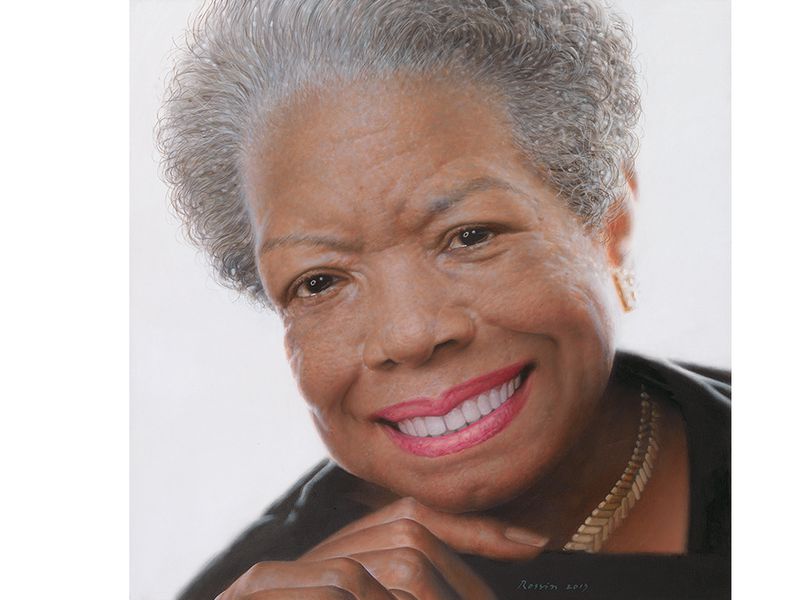 Who Was Maya Angelou?

Marguerite Annie Johnson Angelou (April 4, 1928, to May 28, 2014), known as Maya Angelou, was an American author, actress, screenwriter, dancer, poet, and civil rights activist best known for her 1969 memoir, I Know Why the Caged Bird Sings, which made literary history as the first nonfiction best-seller by an African-American woman. Angelou received several honors throughout her career, including two NAACP Image Awards in the outstanding literary work (nonfiction) category, in 2005 and 2009.

Angelou published several collections of poetry, but her most famous was 1971’s collection Just Give Me a Cool Drink of Water 'Fore I Die, which was nominated for the Pulitzer Prize.

'On the Pulse of Morning'

One of her most famous works, Angelou wrote this poem especially for and recited at President Bill Clinton's inaugural ceremony in January 1993. The occasion marked the first inaugural recitation since 1961 when Robert Frost delivered his poem "The Gift Outright" at President John F. Kennedy's inauguration. Angelou went on to win a Grammy Award ( word album) for the audio version of the poem.

Friend and fellow writer James Baldwin urged Angelou to write about her life experiences, resulting in the enormously successful 1969 memoir about her childhood and young adult years, I Know Why the Caged Bird Sings. The poignant story made literary history as the first nonfiction best-seller by an African-American woman. The book, which made Angelou an international star, continues to be regarded as her most popular autobiographical work. In 1995, Angelou was lauded for remaining on The New York Times' paperback nonfiction best-seller list for two years—the longest-running record in the chart's history.

A lyrical exploration about of what it means to be an African American in Africa, this autobiographical book covers the years Angelou spent living in Ghana.

Another autobiographical work, A Song Flung Up to Heaven explores Angelou’s return from Africa to the U.S. and her ensuing struggle to cope with the devastating assassinations of two human rights leaders with whom she worked, Malcolm X and Martin Luther King Jr. The book ends when, at the encouragement of her friend James Baldwin, Angelou began work on I Know Why the Caged Bird Sings.